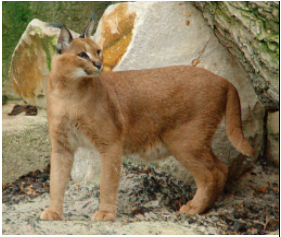 About Caracal: It is a medium-sized wild cat native to Africa, Middle East, Central Asia and South Asia including India. The population of this cat is increasing in Africa while its numbers are declining in Asia.

Why is the wild cat named Caracal?

Its name is on the basis of the Turkish word karakulak, meaning ‘black ears’. It is named due to its iconic ears.