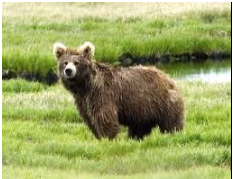 About the Species: It is one of the largest carnivores in the highlands of the Himalayas.

Habitat: It occupies the higher reaches of the Himalayas in remote, mountainous areas of Pakistan and India, in small and isolated populations and is extremely rare in many of its ranges.