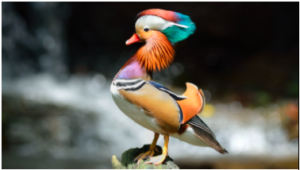 About Mandarin Duck: It is provided with a tag of the most beautiful duck in the world. Swedish botanist, physician, and zoologist Carl Linnaeus first spotted and identified this bird in 1758.