News: Myristica swamp tree frog has been recorded for the first time north of the Shencottah gap in the Vazhachal Reserve Forest in Kerala’s Thrissur district. 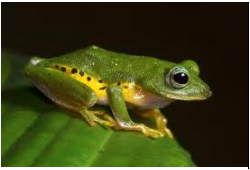 Habitat: It is a rare arboreal species endemic to the Western Ghats.