The Reef & Rainforest Research Centre (RRRC) has reported that some affected areas of Australia’s Great Barrier Reef are showing “substantial signs of recovery.”

Note: other cnidarians include hydras, jellyfish, and sea anemones

The corals secrete calcium carbonate which acts like a cement. These bind together coral, sand and pieces of rubble to form a solid structure known as the reef. The major types of coral reefs are: 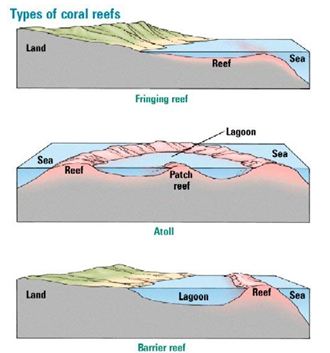 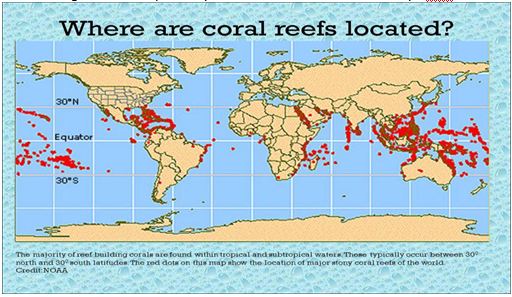 In India, coral reefs are located in 7 regions: 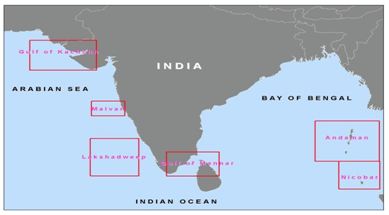 Biodiversity: Coral reefs are extremely productive ecosystems and are called ‘the rainforests of the sea.’ Despite covering less than 0.1% of the ocean floor, reefs host more than 25% of all marine fish species and other marine animals. 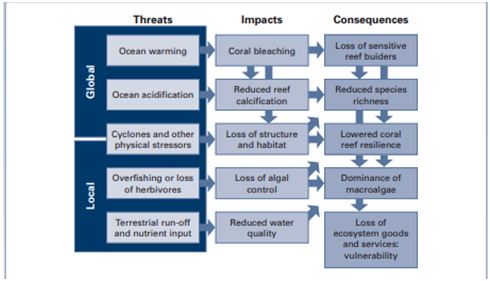 5. Coral mining (for example in south and south-east Asia) which involves blasting of reefs and coral being removed, cause immediate destruction but also result in indirect detrimental effects such as sand erosion and sedimentation

6. Sedimentation: Erosion caused by construction, mining, logging, and farming has lead to increased sediment in rivers. The sediment drastically reduces the amount of light reaching coral reefs and destroys them. Further, destruction of mangroves, which check sediments have aggravated the problem.

7. Poorly managed tourism has both direct and indirect negative effects on coral reefs. Snorkelling, diving and boating can cause direct physical damage to reefs. Overexploitation of reef species as food, for aquaria and as curios for tourist markets can threaten the survival of species.

8. Indiscriminate Exploitation of coral reefs for wildlife trade has also emerged as a major threat to coral ecosystems.

Extent and cause of coral bleaching in India:

The International Coral Reef Initiative (ICRI) is an informal partnership between Nations and organizations which aims to preserve coral reefs and related ecosystems around the world. The Initiative was founded in 1994 by eight countries: Australia, France, Japan, Jamaica, the Philippines, Sweden, the United Kingdom, and the United States of America. India is a member of ICRI

The ICRI declared 2018 as the third International Year of the Reef (IYOR).

ICRAN is a strategic alliance of private and public organizations that acts worldwide to address the management of coral reef ecosystems and the needs of the communities that depend upon them. It operates by sharing and promoting traditional knowledge, current research, and best practices in order to strengthen reef management.

Conservation of Coral Reefs in India