Threats to Western Ghats and the Way Forward

Context: The Ministry of Environment, Forest and Climate Change (MoEFCC) has come out with a draft notification proposing 56,825 square kilometre area of the Western Ghats as an ESA and providing guidelines on development projects in the region.

About the Western Ghats 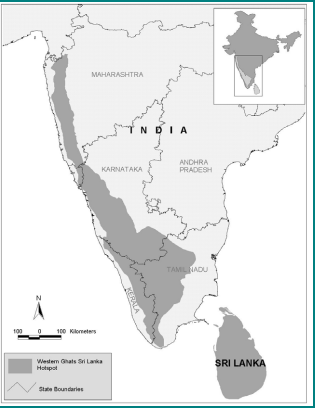 The Western Ghats perform important hydrological and watershed functions. It feeds large number of perennial rivers of peninsular India including the three major eastward-flowing rivers Godavari, Krishna, and Kaveri. The peninsular Indian states that receive most of their water supply from rivers originating in the Western Ghats

Note: An ecological sensitive area (ESA) is a bio-climatic unit (as demarcated by entire landscapes) in the Western Ghats wherein human impacts have locally caused irreversible changes in the structure of biological communities (as evident in number/ composition of species and their relative abundances) and their natural habitats.

The Kasturirangan committee was constituted to examine the WGEEP report

Following an order from the National Green Tribunal, the environment ministry has come with the 4th draft of Western Ghats’ ESA or ‘no-go’ zone.

What does the draft say? 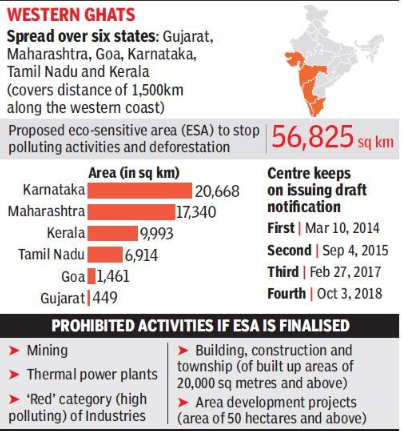