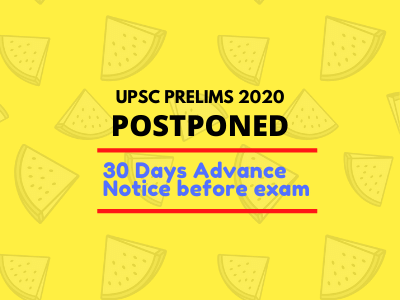 The News we all have been finally waiting for has finally come for us!

In a Press Release UPSC has confirmed that 30 days notice will be given to students before commencement of the examination.

The UPSC had earlier put the notice for deferment of the Prelims 2020 exam, but did not come up with a press release. But now it has also uploaded the press release.

This is what the Press Release says:

As and when dates are decided for the deferred test, it will be ensured that candidates are given a notice of at least 30 days.

What does this mean?

This means that the exam at least is postponed till June 21, as even if UPSC decided to come out with a Notification on May 20th ( the earliest date, then it will give 30 days notice ).

It also does not say that new dates will be announced on May 20th, so the above is merely the earliest possibility, of which chances are very less.

Here is the Press Release 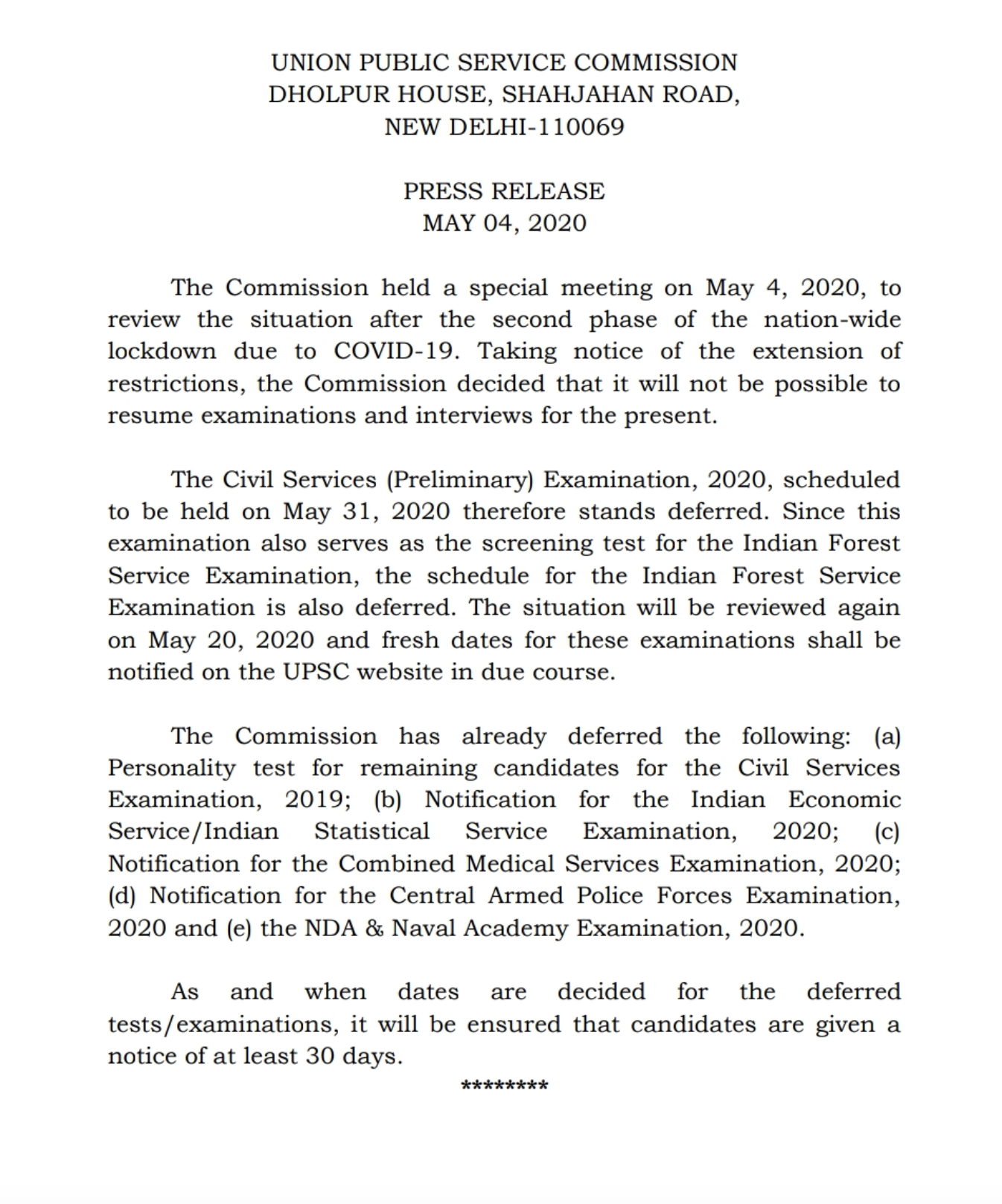 What is our take?

We do not speculate on such matters, but our take is that the examination is most likely to deferred by at least one month, and will not happen even in the month of June or even early July.

What should I do now?

Wait for our strategy article in the next 48 hours. We are ON it 🙂