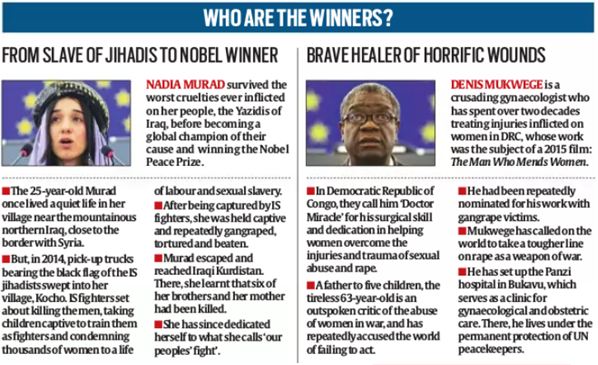 Alternative Noble Prize
1. The Right Livelihood Award, often known as the Alternative Nobel Prize was established in 1980 by German-Swedish philanthropist Jakob von Uexkull
2. The awards are the awards given in fields such as environmental protection, human rights, sustainable development, health, education, and peace.
3. It is to be noted that the award does not have any organizational ties to the awarding institutions of the Nobel Prize or the Nobel Foundation.
Categories : Test 1 (5004)