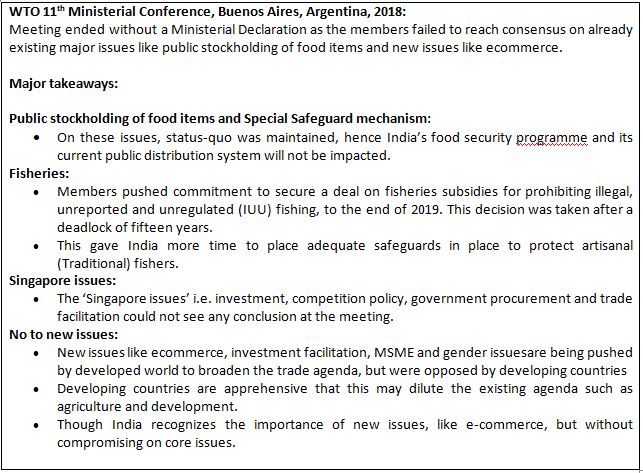 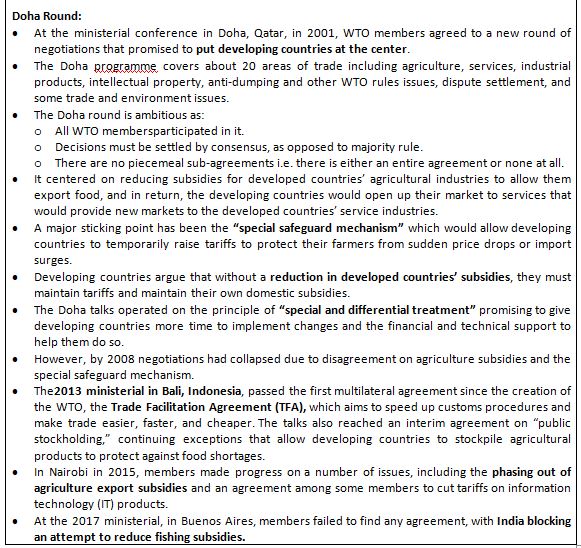 Structural and other basic challenges faced by WTO: 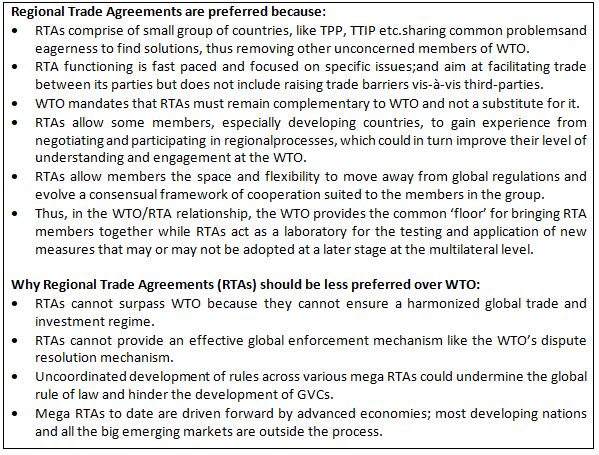 Above issues warrant reorientation of WTO structure, functions and powers and in this regard following suggestions would find merit:

India’s concerns with the WTO and issues challenged at the WTO:

More than 40 per cent of India’s economy is exposed to international trade. If India wants to achieve a double-digit growth over a sustained period and create jobs, its external trade has to grow at more than 15 per cent a year. Hence India is aptly placed to lead the reform process of WTO.